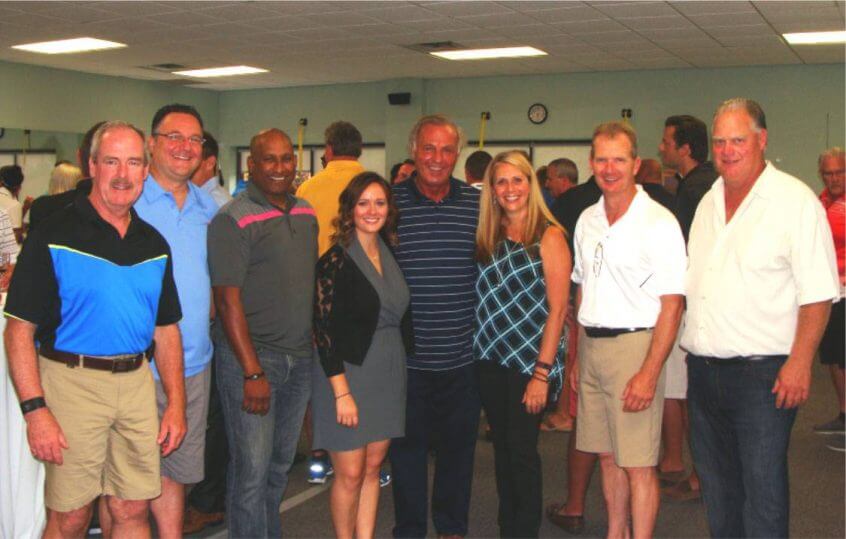 On Thursday, September 8th PowerStream held its 13th Annual Charity Golf Tournament at the Nottawasaga Inn & Golf Resort. As in previous years, K-Line Maintenance & Construction Ltd. and K-Line Insulators Ltd. were pleased to stand as Titanium Sponsors for the event. This charity golf tournament is important to K-Line as all proceeds are donated to both the York Region & Toronto and Greater Simcoe County agencies of the United Way. In 2015, the tournament raised over $100,000 for the United Way, bringing their total since 2008 to over $500,000. A special guest attending the tournament was Guy LaFleur. Guy Lafleur is a former Canadian hockey player in the NHL. Guy was the first person in the NHL to score 50 goals and 100 points in six straight seasons. Pictured are the K-Line Team at the tournament with Guy (centre). Thank you to PowerStream for hosting another great tournament!