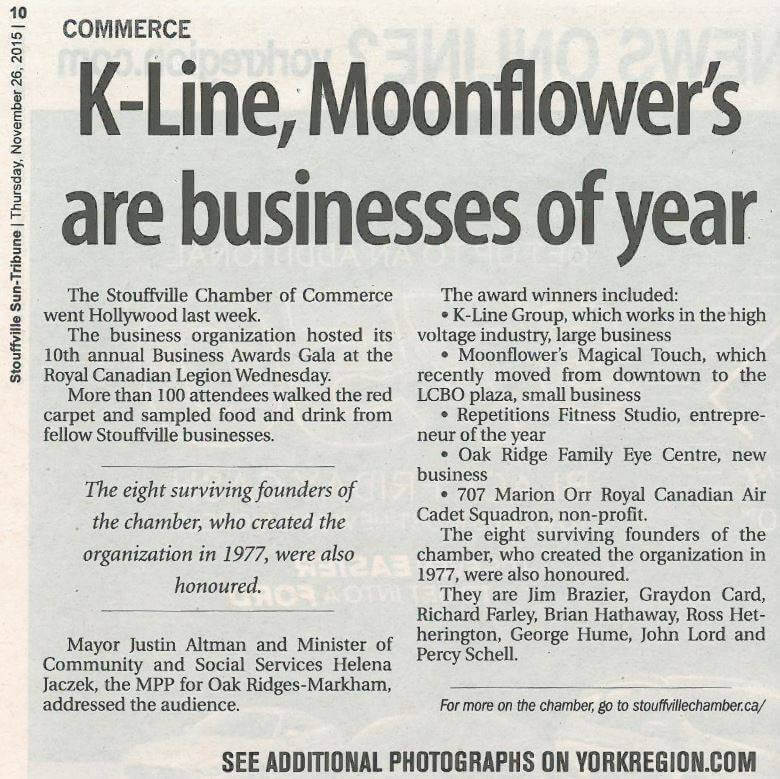 The Annual Business Recognition Awards Ceremony is a highlight event of the year in the Town of Whitchurch-Stouffville. This year, K-Line was nominated for the Large Business of the Year award. The award is given to “a successful enterprise who is judged by an independent panel”. While attending the awards ceremony, K-Line was honoured to receive the Chamber of Commerce Award for Large Business of the Year! K-Line’s success was also featured in the Stouffville Sun-Tribune Newspaper on Thursday, November 26th, 2015.