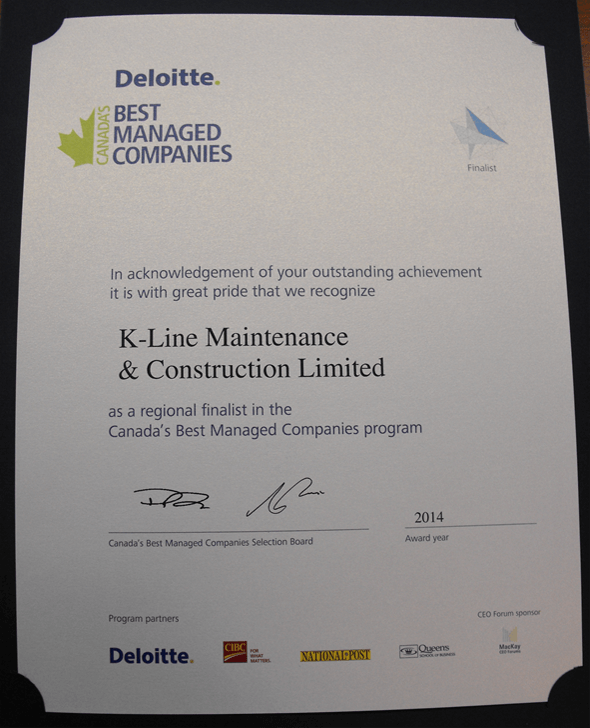 In early September, K-Line had the distinct pleasure of being nominated by the Town of Whitchurch– Stouffville to apply for Deloitte’s Best Managed Companies Award. This is the country’s leading business award program, recognizing excellence in Canadian owned and managed companies with revenues over $10 million. Since our time of nomination, K-Line has been working relentlessly to complete all the requirements under the application process. With great pride, K-Line is pleased to announce that we have successfully passed the first two phases and we are now a finalist. On Tuesday November 18th, 2014, Deloitte hosted a Gala for the finalist companies, where K-Line received a certificate which reads “In acknowledgement of your outstanding achievement, it is with great pride that we recognize K-Line Maintenance & Construction Ltd. as a regional finalist in the Canada’s Best Managed Companies Program.” The winners for the 2014 Best Managed Companies Award will be announced in mid-December.