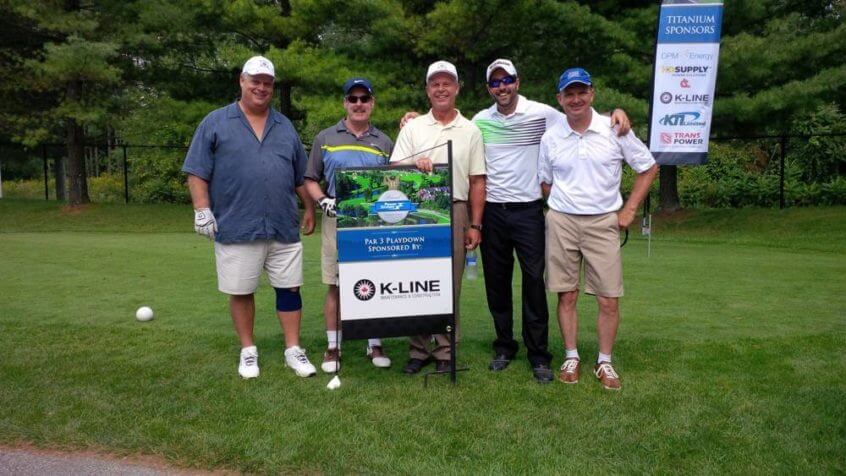 Every year PowerStream hosts a charity golf tournament where all proceeds go to the United Way Agencies in York Region and Greater Simcoe County. In 2012 the golf tournament raised $90,000.00, bringing to total donation to over $300,000.00 since the 2008 tournament. This year the tournament took place on September 4th, 2014. K-Line Maintenance & Construction Ltd. and K-Line Insulators Ltd. are proud to have been a Titanium Sponsor and a Silver Exclusive Hole Sponsor for the event. Pictured above is K-Line’s golf team with hockey legend Mark Howe, Gordie Howe’s son, in the middle.